Steven Boulton has proudly represented his country twice at the Invictus Games - winning Bronze in Orlando and Silver in Toronto as part of the UK's rugby team. At the same time, he works for Manpower on a contract at Jaguar Land Rover. Here, Steven talks about his experience at the Invictus Games and what it's like to work for Manpower at Jaguar Land Rover.

It was back in 2014 when I first thought about getting involved in the Invictus Games. I was watching the rugby on the TV and thought it looked like something I could give a go myself. So I contacted a friend who'd taken part in the Games and arranged to go along to one of the rugby team's training sessions. The rest - as they say - is history.

So far, I've taken part in two Invictus Games - winning a Bronze in Orlando last year and Silver in Toronto earlier this year. It's had a massive impact on me. My family came out to support during both Games that I've competed in - I was so proud to see the smiles on their faces, it really inspired me to go for Gold next time! Being part of a team and representing my country was something that I've really missed from the Armed Forces.

People come from all over the country to train as part of the rugby team, and everyone has different types of injuries. The feeling you get from being part of a team like this is amazing - I'd support anyone who was thinking about taking part next year.

Alongside training for the Invictus Games at the weekends, I've also been working for Manpower at Jaguar Land Rover for the last 16 months. A friend of a friend told me that they were recruiting, and that they make a real effort to look after the Forces. I hadn't worked in the automotive industry before, so I didn't really know what to expect. But I applied; completed online and practical assessments; before interviewing with one of the Manpower team. I was successful and I'm now pleased to be working on a contract with Jaguar Land Rover, as a Production Operative in the Plant Quality team.

There are lots of different zones in the Plant Quality team. Each day you're allocated to a specific zone, with a range of jobs to do. There's plenty of variety. I think my background benefits me in this role. Having been in the Armed Forces, I know how important it is to be respectful of other people, punctual, and always wear the correct PPE. For me, the best thing about my job is the people I work with. I love being part of a team again. The camaraderie is great; I'd missed that from my Army days.

Looking to the future

In the years ahead, I want to progress in my career as far as I can. In the Army, you're focused on going up in the ranks, and I'd like to do that in Jaguar Land Rover, if I can. I'm really thankful for the support I've had from Manpower during my time here too. I'd definitely recommend them to any other former Armed Forces personnel who are struggling to find work. They'll look for a role for you, no matter how injured you are.

I'll definitely be going back to the Invictus Games, too. When I was out in Toronto and Orlando, I met individuals who had competed in multiple sports and earnt three or four medals. You see that kind of thing, and you think "I could do that too". At next year's Invictus Games in Sydney, I hope to bring back the Gold. I'm also thinking of taking part in another sport, as well as rugby.

What's my advice to anyone else who is considering taking part in the Invictus Games? Do it. The feeling you get from it is amazing. You rarely get these kinds of experiences in life. 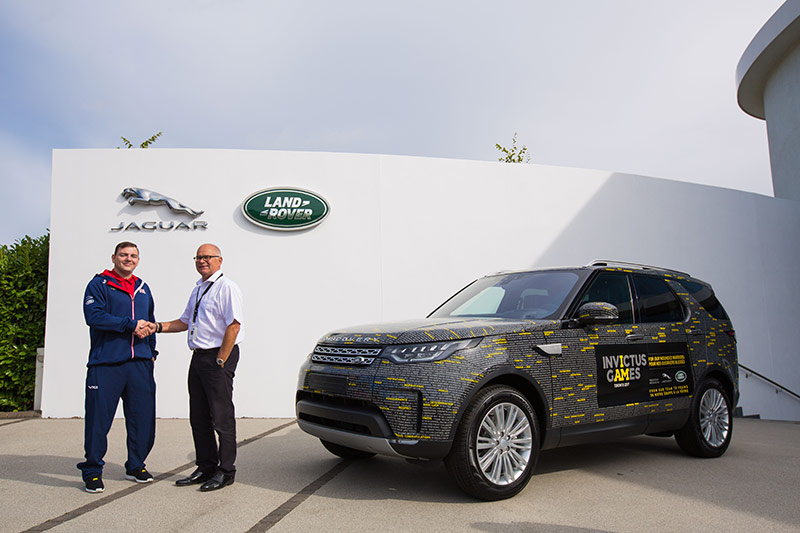