Opening a new contact centre is a big undertaking for any company. When we first met the team at SafetyNet Credit, they were doing just that. They were a relatively small company at the time, with only a handful of employees. But with things going from strength-to-strength and big expansion plans on the horizon, the time was right to enhance their customer service capabilities through a new contact centre in High Wycombe.

They originally intended on carrying out all of their recruitment in-house. However after recruiting for a few weeks, they realised they needed some support. They knew they needed problem solvers to resolve any issues their customers faced, but needed advice on what skills would be required to do this. That's where we got involved.

Our team in High Wycombe came on board to lend a hand, and began to recruit for 40 different roles, which needed to be filled within three months. At this stage, they didn't have a clear, defined picture of what the new roles would entail. After all, they were rapidly expanding, so predicting the volume of Customer Service Representatives that would be required, and the skills they would need to possess, was always going to be a challenge.

We worked in partnership with them to design job roles that would deliver the results they needed. These were aligned with skills that were available in the local area. We designed job descriptions, job titles, salary bands and even the hours of work. And we showed them that these candidates didn't need to come from another company in the finance industry; the skills required were transferrable from any role in the customer service industry.

With job roles now defined, we turned our attention to how they would be filled. High Wycombe has a thriving jobs market, so we knew it was vital that the roles at SafetyNet Credit really stood out from the competition, if we were to attract the best talent. In short, we needed to sell the roles to prospective candidates.

We spent a week at the SafetyNet Credit offices, getting under their skin to understand who they were as an organisation, where they wanted to be in the future, and what it was really like to work there. Armed with this knowledge, we could design and implement an attraction campaign that really sold the organisation as an employer of choice to both active and passive candidates. 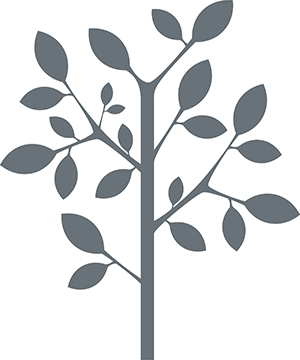 WHERE WE ARE TODAY

We were proud to attract, engage and place the 40 new employees they needed to get their new contact centre up and running.

We did this well before the three month deadline was up, so they were able to gain further investment to expand even more. In fact - they've now had to move premises, into a larger property which has room for more than 100 people. When we first connected with SafetyNet Credit they had 100 customers - they now boast more than 16,000 customers across the UK.

This wasn't just about recruitment though. By creating well-defined roles, we changed the perception of the payday loan industry in the local area which meant high calibre candidates lined up at the door.